I recall a while ago that an old friend of mine introduced me to a band called Alcest out of France. He let me borrow a CD with beautiful artwork of a mermaid, sleeping man, and the full moon in glowing blue hues. I come to find out that this album is “Écailles de Lune” when I first put the CD into my car stereo and drove home the music absolutely floored me. I never heard anything like Alcest before and I have yet to hear any band like Alcest even now. This was the first moment in time that I was enraptured by Neige’s genius, and as the years passed, Alcest became part of my top five bands of all time. I wanted to take this time to do some mini reviews of Alcest’s discography. They have developed a really interesting and eclectic series of albums that are all different in their own unique ways. With the impending release of their new album “Spiritual Instinct”, this is a perfect time than ever to introduce you to the hidden, beautiful metallic world of Alcest.

I am going to split my reviews into two distinctive eras of Alcest. To begin Alcest began its journey with an EP simply called “Le Secret” followed by “Souvenirs d’un Autre Monde” and then capped off with the seminal album “Écailles de Lune”. This era of Alcest was very diverse; there was a lot of experimentation happening earlier in Neige’s career and I think the first half of his discography had so many different and unique dynamics happening.

When Neige first described his experiences as a child visiting the “Otherworld” “Le Secret” was the album where we see Neige’s at his rawest and most vulnerable. This two song EP effectively invoked images of dreamlike worlds where the lines between reality and fantasy are blurred. The music had a hypnotic and serene type of energy through every note and vocal choice. There is a strong feeling of nostalgia and memory with the musical arrangements and it really puts your mind into an otherworldly atmosphere. When I first heard this album, I was floored at how good it was for an EP, especially with it being Neige’s first album running with the shoegaze and black metal formula. Even to this day I give “Le Secret” a spin and I am still blown away at how simply gorgeous the album is. Best Songs: All of Them!

When “Souvenirs d’un Autre Monde” was released, I never heard any metal album like it before. I would even say it is not a pure metal album at all. There were some riffs and blast beats that are sprinkled throughout the album, but the bulk of the music was driven by shoegazing music. I was hearing more My Bloody Valentine or Cocteau Twins compared to Darkthrone or Burzum. This is what really intrigued me when I first heard “Souvenirs d’un Autre Monde” it’s a unique, fresh and very a different take on metal. The thing with this is album is it starts very strong then it loses my interest. The first four to five tracks put me into such a blissful mood because of how beautiful/evocative the music was. Then as the album progresses the tracks got weaker. The one thing to keep in mind is Neige had to write this album in order to build this metal/shoegaze hybrid into some amazing future records, while building a new genre of metal called “blackgaze” along the way. Best Songs: Printemps émeraude, Souvenirs d’un autre monde, and Les Iris

“Écailles de lune” was the first album that introduced me to Alcest. Still in my eyes, this is the best album out of their discography. The beauty in this album is beyond words and the images and feelings conveyed in this album have always resonated so deeply with me. I spent many nights driving around during full moon nights and have “Écailles de lune” blasting from my car speakers. It puts so many images in my head and really brings out a lot of clarity. When my mind is foggy or I am, feeling down I would listen to this album to help me get out of my funk. Every time I hear “Écailles de lune” it helped with my mental health, and gave me a new perspective of my existence in this world. Regardless of the lyrics being in French you know exactly what Neige is trying to convey in this album. The musicianship is warm, introspective, and very dreamlike. The vocals are more ethereal compared to punchy/upfront, and the screams/rasps heard in Neige’s vocals chills you to the bone. It is the perfect album of moods and emotions. There is no room in this album for dry technical work; the album purely thrives on the nostalgic thoughts and feelings we all experience as human beings. Best Songs: Ecailles de lune I, Ecailles de Lune II and Sur l’océan couleur de fer

Here concludes my reviews of the first half of Alcest’s discography from 2007 to 2010 there was a beautiful monster stirring in France at this time. In addition, as this monster rose from the depths a genuine tidal wave of blackgaze bands emerged and yet still Neige and company were way ahead of the pack for quality and consistency from 2012 until 2016. 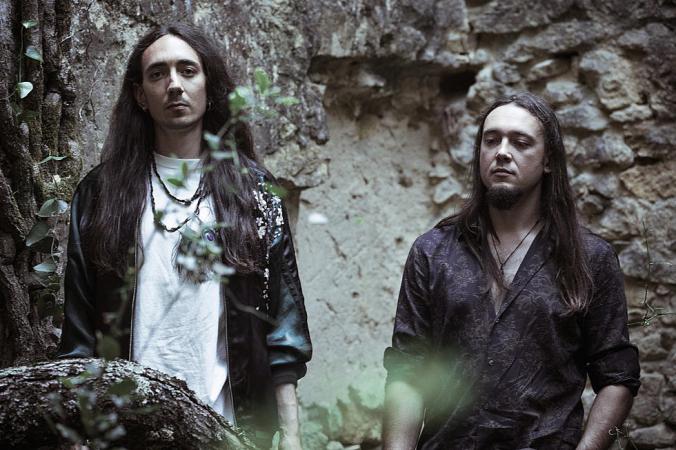