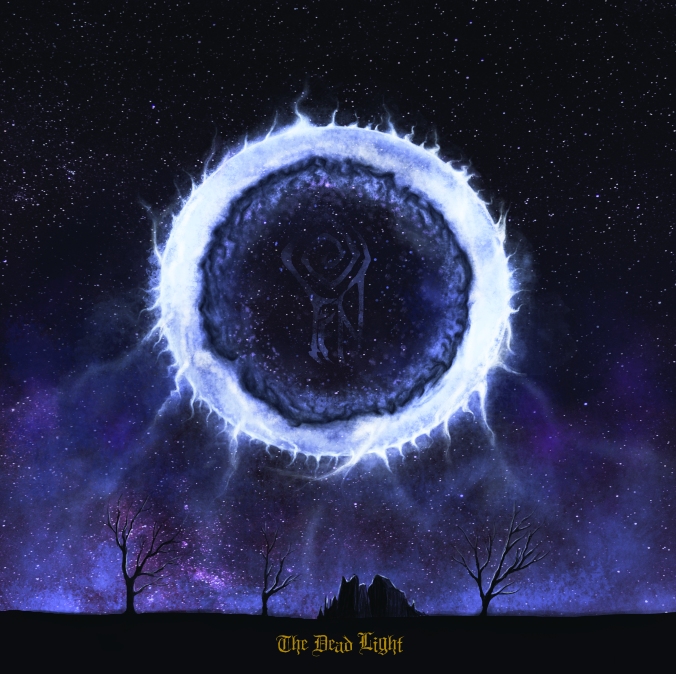 Fen has released a new album called “The Dead Light” it is their next opus in their extensive and consistent discography. I had the pleasure to listen to the album and wanted to say that it is good but there are some moments where the album gets a bit repetitive. Instead of covering themes of nature and the ground beneath our feet Fen have decided to take the listener skywards to the stars and planets above. The album takes me through this journey in a wonderful way. I picture ancient populations before civilization ballooned looking up at the night sky in wonderment and mystery. I think the lads from Fen have constructed an album that really conveys these feelings.

The album starts with an instrumental that paints an image of wandering a meadow at night stargazing. There is a calming vibe with the song but as it progresses, it builds to the first song “The Dead Light (Part 1)” and as the first chords kick in I now see myself sitting on an asteroid shooting through space and time. This song is very progressive in nature, and a bit chaotic in a way to. This is the first major difference from Fen’s prior releases they get much more proggy in their song structure. I think this helps “The Dead Light” but hurts it a bit too. I have not been the biggest fan of prog metal because I feel it meanders too much and gets a bit too technical for my liking. Some moments in the album go in that direction, but Fen are able to balance it out with much more beautiful post metal passages.

As the album continues we are then introduced to another instrumental bridge “The Dead Light (Part 2)” that reminds me so much of Morgion’s instrumental “Solinari” it has this very mystical and ethereal vibe going on with it that is perfect transition to one of the stand out tracks “Nebula”. This is a really well written and beautiful song by Fen, they go straight up black metal meets post rock meets shoegaze in this song. It shows how versatile they are as songwriters because you get a sense of chaos and kinetic energy in one song and now introduced to a very dreamy/introspective tune to balance it out. I think “Nebula” is probably the closest sound to their work off “The Malediction Fields” with an even greater emphasis on clean vocals.

The last four songs off “The Dead Light” are very different from one another and this where things end up getting a bit repetitive on the album. The first track “Labyrinthine Echoes” is a good song and epic in nature. It sounds like an extended version of Enslaved’s “Return to Yggdrasil” with many movements both heavy and quiet. The next two songs “Breath of the Void” and “Exsanguination” are where the album gets a bit rocky. These songs sound very similar to one another and just bleed into one another. Nothing really stands out about these tracks compared to other amazing songs on the album I have heard so far.

The final song on the album “Rendered in Onyx” is an amazing song and a great closing opus to end the album on a high note. The images in this song are stunning, dreamlike and hopeful. When I hear this song, I picture myself floating in the Milky Way with stars, and planets surrounding me. The millions of suns warming my face amidst the peace and quiet of the interstellar silence. I feel “Rendered in Onyx” is a healthy mix of “Bereft” and “Winter III (Fear)” it has that specific hook that really hits all the right emotional buttons. The combination of clean vocals and The Watcher’s screams makes this song super interesting. It successfully takes you down so many paths both aggressive and calming.

“The Dead Light” is another great entry in Fen’s discography. There are plenty of highlights to be heard on the album there are just some areas that didn’t impress me as much as the songs from Fen’s prior releases, specifically, “Winter” and “Carrion Skies” . If you have been a fan of Fen, you will enjoy this album and may even love the songs I did not enjoy as much. Fen is one of those bands that know how to write consistently good music and I am glad to hear the experimentation found on the album. Eventually the different paths Fen takes with their music will lead to even more interesting and adventurous albums in the future.