I have spent a ton of time trying to find new things to listen to. I love all of the albums I have in some way or another but I just needed to hear something new and unique. I heard about the band Imperium Dekadenz from one of my friend’s and started listening to some songs by them. After hearing their music with much greater attention to detail I was immediately staggered by how good these guys are. Hailing from Germany Imperium Dekadenz arrived through the fogs and mists of the black woods and have created an epic album called “Dis Manibvs” that came out in August of 2016.

The best way I can describe the overall vibe of the album is sorrowful, ancient and triumphant. The songs seemingly blend into one another like a tapestry of stars and planets. The vocals remind me of yearnings for times of old and final breaths of stars dying into the black of space. There is a cosmic, polytheistic and natural energy when every note is played. There is strong feeling of melancholy in the way the instruments harmonize and crescendo. There are multiple things that standout in “Dis Manibvs” one of them standing out above all others is the drumming of Vespasian. They are powerful, emotional and thunderous like the heavens, blast beats sound like oaks growing and expanding in the rain, and the cymbal crashes remind me of bolts of lightning turning the night sky white. There is a real feeling of the gods speaking when you hear some tracks of “Dis Manibvs” and whatever they are saying is being conjured through Imperium Dekadenz.

I can say when I hear this album my mind goes into a different place entirely, all the negativity and pain of life disappears and I feel like I am lost on a battlefield after Ragnarok. I see corpses around me, blood in the grass, mud and destruction everywhere. But I am not looking at the ground but the sky above. I can see stars clear and bright, clouds passing through the moon and treetops. I can see the dull light of dawn on the horizon and the ghosts of the dead wandering aimless among the piles of the dead. I know even after the brutality and violence of the battle that I lived and the gods had plans for me hidden from my view. I could only find the answers by moving forward and leaving the death behind me. My eyes scan to the east as I see the sun rise and notice glimmers of light as the sun shines over the vast raging river cutting through hills and valleys, a place to be cleansed of the blood and filth of the night before. These are the images and feelings “Dis Manibvs” evokes when listened to and it stays with you long after.

The songs that stand out most on this album are “Still I Rise” a triumphant, hopeful song about letting the past rot and being only aware of the present and seeing the future in a gauze of ether. The guitars are incredibly bombastic and immediately invoke these feelings and it just stays with you as a fond memory of the past you do not want to lose. The next song that is incredible is “Dis Manibvs” a slow, doomy black metal track which cascades like waterfalls and a steady warm rain. There is a sense of longing in this song, it is almost depressive in nature but it nonetheless is a song that can help with feelings of guilt and grief. The final song that stands out is “Volcano” it reminds me thoroughly of an old Emperor song it sounds like chaos melded with calm and develops images of a civilization on the brink of collapse through utter natural destruction. There is a sense of closure in this song, after the eruption and screams of thousands there is silence and it permeates through everything and leaves you utterly speechless in where the album will go next.

When the album ends the feelings, senses and thoughts stay with you like a vivid dream. You see yourself floating aimlessly in the infinite sky and see the god’s beckoning you to paradise. You find yourself at peace after the destructively beautiful sounds and images of “Dis Manibvs” and just want to play it again and again. The story Vespasian and Horaz crafted with such care, diligence and passion is something that will remain in your memory long after listening. An album that allows you to always hear new things and experience new visions is an album worth listening to. Be blown away by the utter perfection of this album and let it stick with you for the rest of your days. 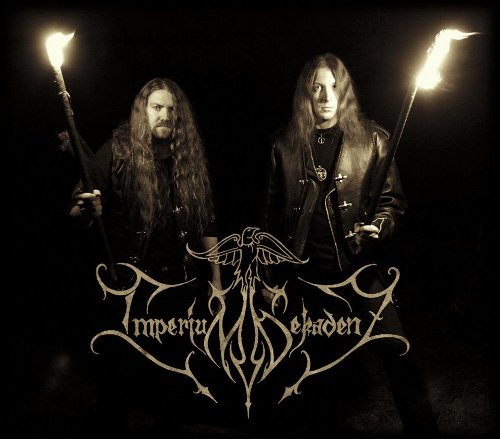